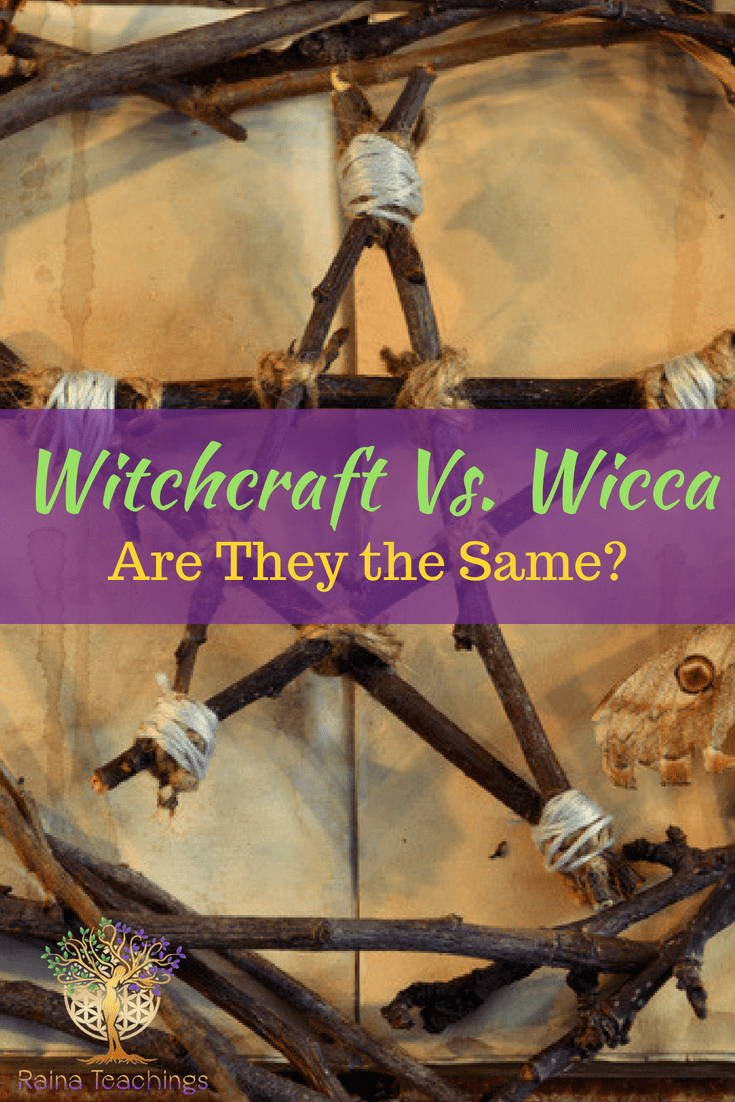 Perhaps you’ve heard this saying: “not all witches are Wiccan, and not all Wiccans are witches”. It’s pretty standard in a great many new age circles, but what does it mean? Essentially, it is a way to differentiate witches from Wiccans. Let’s go further on that subject.

What constitutes a Witch?

A witch is a practitioner of witchcraft, as simple as that. There are a trillion different forms of witchcraft out there, and many different religions have different beliefs as to what exactly counts as witchcraft.

Witchcraft has a significant number of faces and thoughts within the practice. For most, the guiding idea is to do what they believe is right and deal with any consequences from it head on.

Wicca, in general, is a lot looser regarding a moral governing body than Witchcraft is. It generally doesn’t have a lot of outside management beyond covens, relaxed groups and solo practitioners.

Witches may or may not associate themselves with religion, or may simply take witchcraft to a religious level, where some do not. Witchcraft is all in how you practice it and what feels right to you within your craft. It’s a matter of discovery, of inner strength and using that to help guide you along your path.  It is a very shamanic path that is at the base of all religion and metaphysics. The culture it comes from calls it witchcraft, where a different culture would call it shamanism. They of course have their specific tools and trainings that separate them.

Ancient witchcraft is much more strict in its workings and governing. Similar to the difference between being Catholic and Christian. One is much more stringent in its rules than the other.  Ancient Witchcraft has its own specific teaching and doesn’t waver in it’s practice. A book of shadows is passed down and copied to the next generation. There is still some secrecy that is honored in this study. An apprentice studies with a Priest/Priestess and generally is part of a coven. It is quite traditional. 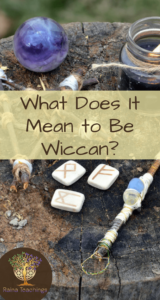 What does it mean to be Wiccan?

Wiccans practice Wicca, a specific religion that typically falls under the Pagan umbrella for those involved in the Pagan community. It is, however, recognized as a legitimate religion throughout a great part of first-world countries.

Gerald Gardner was the founder of wicca in the 1940’s.  He was trained in traditional witchcraft and then decided to create his own religion and called it Wicca.

Wiccans may also practice witchcraft along with their religious beliefs, but not all do. Some believe more in allowing fate or the gods to guide them on their path. It is also more about the love, creativity and new-age way of thinking, rather than strict ritual practice. They also use the wheel of the year, practice parts of Druidry and witchcraft. Think of a creative free loving practice. I would consider myself to fall more into the Wicca category as I do not adhere to specific rules and allow my higher self and Raina to guide me as necessary.

There are many different sects of Wicca, though most include a duo-centric deism of God and Goddess also called polytheism. Some may name these deities, while others may merely consider them Lord and Lady. Others still may only worship or commune with one or the other. Others even may consider two alpha deities and include “lesser” deities as well.  It is a bit more watered down as wicca “borrows” from more ancient traditions.

The other key factors are a belief in the law of three, in which all that you dole out comes back at you three times; and the Wiccan Rede’s “harm ye none do what ye will, it harm do what ye must” rules.

Wiccans may be witches and witches may well be Wiccan, but these two need not coincide. In fact, a great many of them don’t, and can be found in open circles across the world wildly debating with one another. It’s all in good humour, for the most part.

Whether you fall into one category or another, we tend to call this all “paganism”. Study what feels right for you. I love all that falls under metaphysics, occult, pagan, Wicca, Witchcraft or Druidry. At the end of it all, you are practicing a natural spirituality that holds ancestral roots that became awakened and called you. That is more important than choosing the right category.

I’m the first to admit that meditating was hard work when I first started. I…

What is A Lucid Dream State? Achieving a lucid dream state is very exciting. Think…

Are you a more spiritual person because you are a vegetarian or vegan? NO!! Let…