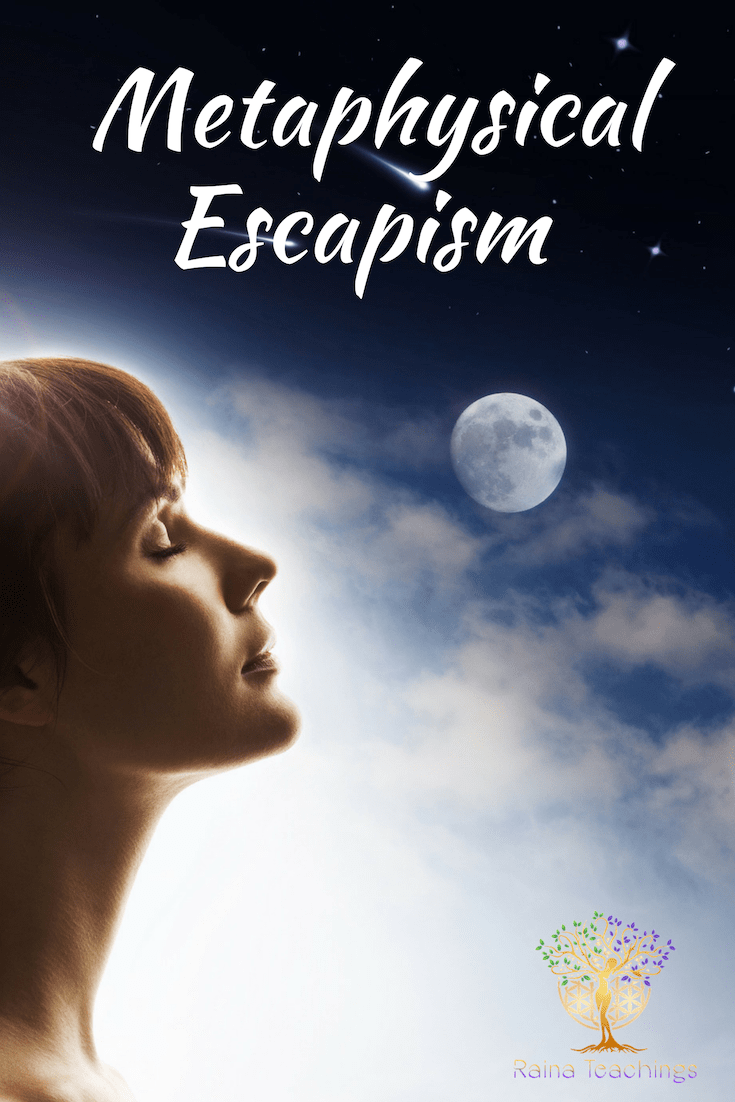 Discovering your metaphysical nature and going through an awakening can be exhilarating, alarming, joyful, ecstatic, scary, sad and everything in between. It’s much like giving birth. A plethora of emotions and states of being can overwhelm you and also throw you on your path without warning.

I wanted to address the escapism that also occurs during this process that many do not realize at the time.  In hindsight, if you have been on your path a while, you will most certainly recognize it in others. I was no different. When I very spontaneously discovered my channelling, there were days I literally forgot to pay bills etc.  I have come a long way from that which is why I want to discuss it.

Why Does This Imbalance Occur?

To start, you have an influx of spiritual energy coursing through your body and psyche at a rate you’ve not experienced before. Some of you meditated a long time before this happened, where others it seems to just happen to.

There is an adjustment period that requires integration. It is in this period that the negative ego can come in and create escapism. Why? Because the ego does not like or want change. It will use this “inexperienced” state to keep you locked up in old patterns with a new “job”. More on the ego can be read in a prior blog post: How to Become a Spiritual Healer. 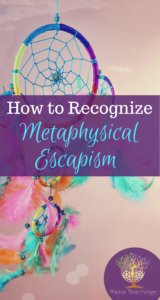 How to Recognize Metaphysical Escapism

This is one indication of escapism.  I did go through a time where I did this.  When I realized I had not paid my rent a week after it’s due date, I realized I needed some balance. You still live in this physical world. It is necessary to carry out your responsibilities AND be able to work your meditative process.

I know that there is an aspect to this that stays somewhat true. As in anything, if you have your spiritual path in common with someone, there will be a more open type of communication.

However, if you cannot communicate with “regular” people at all, you are in a state of imbalance. I can find the love, common ground and similarity in myself and anyone I am around. This happened once I was able to integrate my process and have it be part of me, rather than something that was so much bigger than; I could only talk to those that were also as ungrounded.  A good example is someone who is only “in it”. Every time you see them they are in a vortex of visions etc.

This is my favorite. There is a language that one learns in this community. This happens in any type of broad interest, but if you are using metaphysical “language” to explain away why you didn’t show up to work or why you thought it was okay to hit on someone’s wife or husband, are not taking any responsibility for your actions, then you are in metaphysical escapism. You are still responsible for your actions in this world. No amount of special spiritual juice you may have will excuse inappropriate behavior. Basic manners and boundaries still apply.

Being happy and in the light at all times is just not true. This is also known as bypassing. We have sadness, anger, and a negative ego. To avoid the truth of this by trying to appear to only be spiritual is going to make you come off fake, inauthentic and ungrounded.

I see this too much in the metaphysical community. As if there is some rule that says oh, you’re not spiritual if you seem to have anything other than love, light and happiness about you. I call this the airy-fairy bullshit artist. If this is you, I suggest doing some shadow work to face the parts of yourself that need healing, rather than avoiding pain. It is a form of escapism and is damaging to your true self and healing path.

I am not saying, you will not become a happier person. In fact, you will, but in a much more balanced way. You will not be able to fake it and will go into the pain just as elegantly as you go into the joy. Don’t be afraid to show others this.

These are some of the things inherent in metaphysical escapism. Aside from being a channel and having taken this path myself, I also own two metaphysical bookstores. I have seen just about everything.

I was able to harness my gift because I was willing to face some of these ugly truths in myself. There are stages to awakening, and this is one of them. Much like how a teenager thinks they know everything. There is a similar adolecent period we go through during the awakening.

Don’t turn your self away from seeing that maybe you’ve been in escapism.  It’s a beautiful thing when self-realization occurs. It is then that we can change and grow.

Trance Channel, Clairvoyant Healer and Spiritual Teacher, Lori Camacho, has been serving others with her gifts of clairvoyance and vibrational healing abilities since 2003. It was in 2007 that Lori began to spontaneously vocalize Raina, the wise consciousness she had memories of communicating with as a child. Together Lori and Raina have created many workshops, classes and writings

Why Letting Love Into Your Life Is Challenging

We all want and need love. We want it from the people we feel we…

How to Do a Psychic Reading Without Cards or Tools

For the first four years of my career, I gave psychic readings using tarot cards.…

Co-Creating a Business – the Magick of Proper Alignment