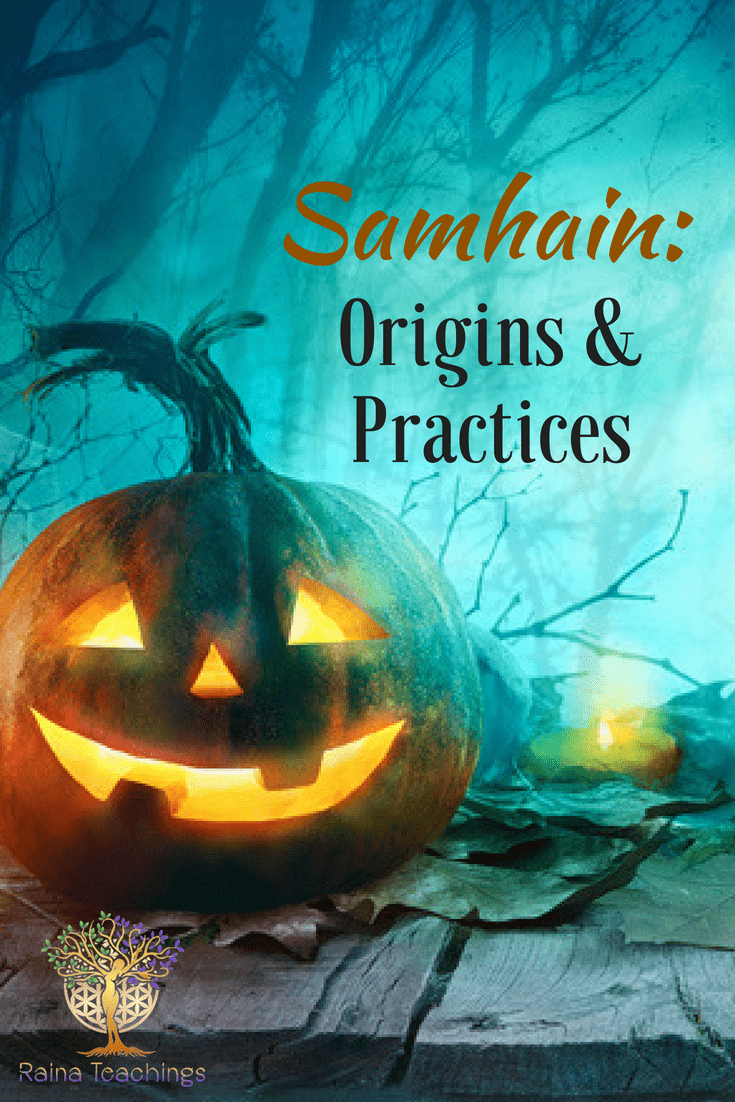 As a child and to this day, Halloween is my favorite holiday. I didn’t understand why I held it so sacred. I even thought the dressing up and asking for candy part was dishonouring it somehow.

As I got older and my awakening occurred, I learned about my Druid/Witchy roots. My channelling also came to light, and I found myself channelling a Celtic Druid Being. Needless to say, this time of year is still my favorite, most sacred time.

Most of the holidays we celebrate today are not of the true origins in which they were once created. What was once practiced upon certain calendar days, or during certain seasons, has been moulded into something that is now publicly viewed by the masses as “holidays.”

In history, with massive shifts in religious beliefs during certain movements, what is widely celebrated now are only bits and pieces of past traditions our ancestors took part in. The names, meanings, and rituals, all on a particular day during parts of the year have been changed to fit into the shift in consciousness within the times they were turned.

Where did Halloween/Samhain originate? Why do we dress up and go ask for Candy as children? Why is it on October 31st? It certainly couldn’t have started out this way. Going back to some of our roots we find that there is, with no surprise, a deeper meaning.

Originally, what is more widely known today as Halloween, was once the tradition of Samhain. Pronounced (Sowhin) The Gaelic word Samhain is translated into, “summer’s end.” Samhain took place between the autumn equinox and summer solstice. This usually lands between October 31st and November 7th on our calendar now. It was a precise in-between time of a transition into another season.

The reason was that during this time, the veil between the physical world and the spiritual world was considered to be at its thinnest point. A time where spirits, ancestors and faeries were freely able to walk among us on the earth. The time frame was, in fact, a “range” that relied on the thin astrological veil that is 15 degrees Scorpio. 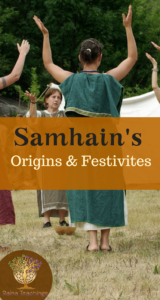 The festivities started somewhere about one week before this and continued until the veil was at it’s thinnest. Formerly a Celtic tradition, held among countries such as Ireland, Scotland, Wales, England, Northern France, Germany and the Isle of Man. During this time, food was harvested in abundance, people were free to partake in sporting games of all kinds, and feasts went on all week.

The children were encouraged to meet their faerie friends outside. There was housing made up for healers and warriors to retreat during winter. The energies of the villages were at an all-time high. Coming together with the celebration of life and death meeting and greeting like good old friends. The Celtic priests, priestesses and magicians would build enormous fires where they would practice divination techniques to cast and keep the lower spirits at the edge of the village as to not bring them to the living.

It was a time for people to honour their ancestors who had passed on and were still living within the spirit realm. Inviting them to celebrate with the living once more. This went on throughout the years until about the 7th century when most of Western Europe was being converted to Christianity and Catholicism. From that point on, the evolution of Samhain developing into Halloween began.

Samhain was replaced by the Roman celebration of Lemuria, which to no surprise was also a celebration of the dead, now celebrating Catholic saints. Following Lemuria was the Catholic holiday of All Saints’ Day. Previously being celebrated around the month of what we call May. The reason for the season is exactly that. Depending on where you are in the world, winter, spring, summer, and fall seasons, are going to present themselves at different times.

It didn’t take long, and by the 8th century, Pope Gregory III moved this day to November 1st. Eventually, November 2nd became All Souls’ Day. The day before All Saints’ Day. At this time, they were named All Hallows’ Day and All Hallows’ Eve. A couple hundred years later the holiday of Halloween finally brings us to where we are now.

Not all of Samhain is lost! There are still some of us who have kept their Pagan roots and honour Samhain to this day. Witches and Druids still venerate this day as the new year. The transition from an end to a new beginning. This is still a time to honour our deceased ancestors, heal with them more deeply and to communicate more clearly with our Inner Spirit Teachers.

Magick created during this time is focused more on the spirit realm and less upon the physical. You may wish to decorate your altar with items that reflect the transition of fall going into winter, pictures of your beloved deceased, and anything that brings warmth and familiarity to your spirit guides.

Whether you are alone or with a group, feasting and praying with your family, there are many ways to honour the tradition of Samhain. Keeping the tradition alive of honouring and welcoming the dead to walk with us can be as simple or as extravagant as you feel is needed in this time.

The barrier between the physical realm and spiritual realm being lifted is one to celebrate but also to work more intensely with magick and healing in the underworld. Not just for the living, but for the spirits who have passed on to the spirit realm. They may have been struggling to get through to you, and it is in this time that they will be able to give you the message they have been waiting to give you.

Raina channelled a beautiful workshop that takes you back to your druid roots during the week of Samhain. Here is a link to this incredible workshop: Celtic Druid Era Part 1: Your Spiritual Ancestry.

“Samhain is much like a plane of existence that holds magickal memory. You once lived there and are desiring to unlock the magick you remember.” – Raina

How to Invite the Sacred into Everyday Routine

Creating Your Altar and Sacred Space

Wandering aimlessly on a planet that seems so cold, so crude, and so unforgiving. Believing…