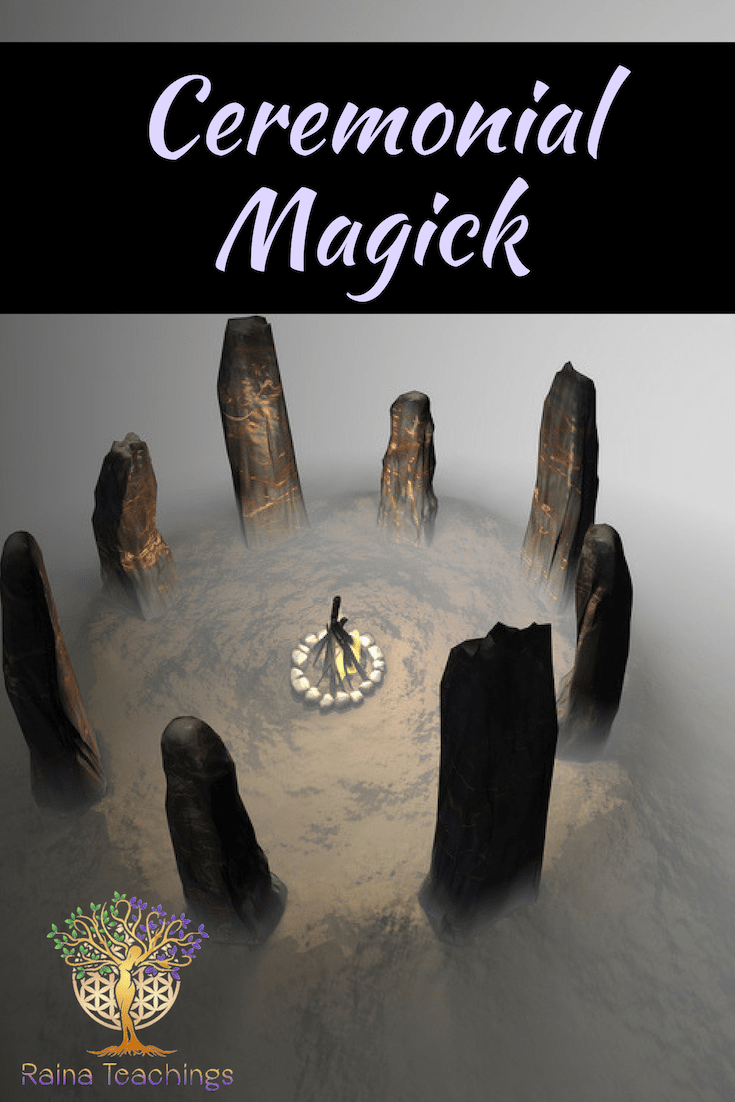 When most people think of ceremonial magick, the Magician tarot card springs to mind. From the tarot decks, we see the Magician represented in a great many ways throughout the vast varieties of tarot decks out there. Usually, he or she is at an altar, often accompanied by the elemental representations of the four suits within the Minor Arcana.

It is very possible the Magician card was inspired by serious practitioners of any variety of ceremonial magick. Though one of the most common still in existence is high magick. (Click Here for our article on high magick)

Ceremonial magick is any variety of magick practiced, perhaps all too bluntly, through a ceremony. This includes any considerable number of tribal magicks and rituals, folk magick, and so many other religious transformative rituals. One may even argue that the Christian baptismal ritual is that of a ceremonial magickal practice in many ways.

So what sets ceremonial magick apart from the common ritual? To some extent, this may be decided upon by the practitioner, if they are a solo magician. It may be that, to them, they require so much complexity in their usual rituals that they feel all magick they do is ceremonial in some manner. 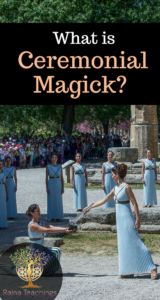 What is Ceremonial Magick?

Typically, ceremonial magick is considered to be that of complex and highly preparatory magick. A wiccaning often fits the bill since there is, usually, a large gathering of family members, friends or magicians. Those involved usually wear special occasion clothing, use special occasion tools–sometimes even single-use tools and the atmosphere is of passionate seriousness. This is not a bright, colorful gathering like Beltane or an esbat.

It is a much more formal type of magick.

And that is what makes ceremonial magick what it is–the profoundly personal and serious meaning you give it.

Common belief systems that run most of their teachings through ceremonial magick are Thelemics, Hermetics, and some of the older branches of Wicca. Gardenarian, English, and Greencraft are all very deep in ceremonial magick at their roots and as you trade up your degrees in their religion.

Ceremonial magick need not have a heavy religious element. Indeed, fairy magick is an excellent example of magick often taken without religion. Some chaos magicians also rely heavily on ceremonial magick within their work, sometimes even going so far as to lean on Keys of Solomon texts to support their ideal rituals.

The way a magician speaks to the deities during ceremonial magick is also specific to this type of magick. There is more of a demanding tone to the spells and workings. Rather than “asking” for what you want, you state what you want.  That alone is a big difference from other types of magick. You are standing in power and expecting to be rewarded, not “hoping” to be. This is not to say that there is no respect from the practitioner to the diety they are seeking from. There is, just not inferiority which can still sometimes be present in other types of magick.

10 Reasons Why a Channeled Guide Will Change Your Life

How to Grow Your Spiritual Awareness