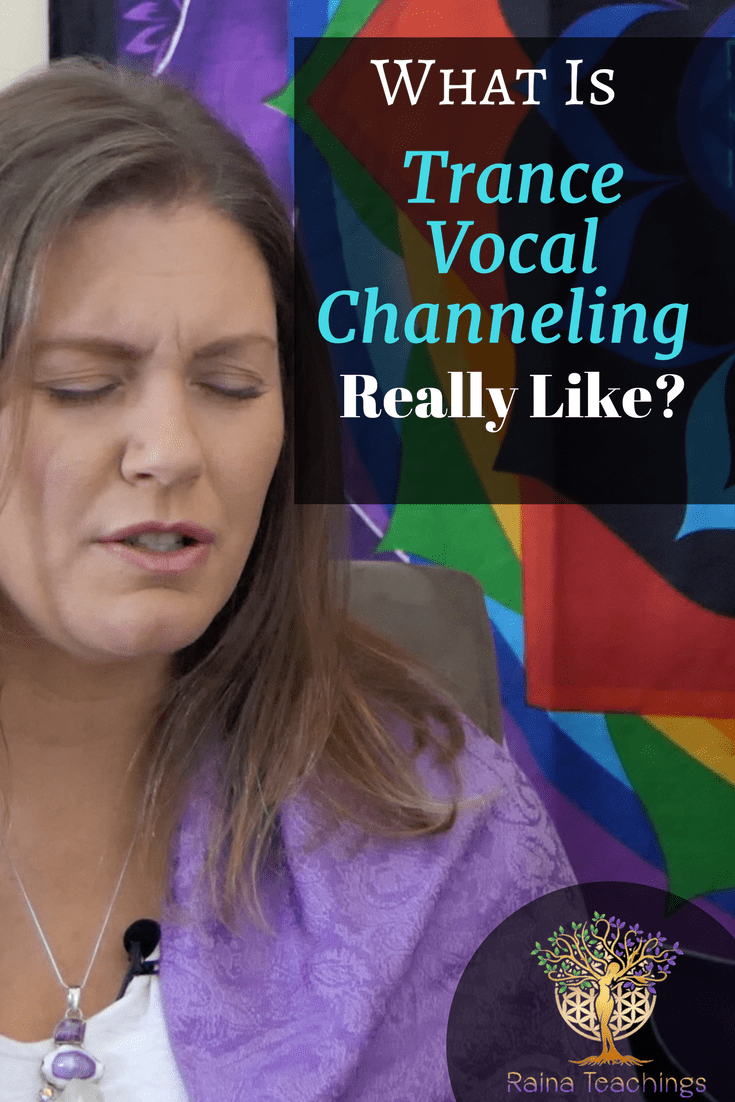 There are a lot of misconceptions about vocal channeling and what a channel is experiencing in the process. I’d like to clear this up and also give you the perspective of what vocal channeling is like for me as the human being.

First, it is an incredibly natural thing that has been happening as long as people have been on the earth. It is a spiritual ability no different that clairvoyance or healing.  In fact, it is very healing.

Unfortunately, in many modern cultures we are taught that spirit either doesn’t exist or only mentally ill people experience this. This is far from the truth. It is a natural progression that happens at certain ages and as a person becomes ready to awaken. For me, my channeling began to show itself at 26 years old. Just before what is known as the “Saturn Return”.

Vocal Channeling happened while in my sleep and a few times randomly (but in a safe setting) until I realized I needed a teacher to help me develop it. If I had never had these spontaneous experiences I would never have had a reason to seek out a teacher.

I’ll admit, at first I wondered if I was simply becoming mentally imbalanced.  Our culture will often only give this explanation. In every other aspect of my life, everything was normal. I’m grateful for being able to have read other experiences and to discern that I was in fact having a spontaneous spiritual awakening that included trance channeling.

What Happens When I Go Into Trance

Although this was a process I underwent for many months I will explain what it feel like and what happens as I am going into the trance state. This whole process takes about 30 seconds but I will sit for up to 2 minutes to make sure the connection is complete before I allow speaking to occur.

I close my eyes and begin to breathe very deeply. The oxygen is what helps to bring Raina into my energy field. I will open up my chakras mentally and with each breath blow out my aura. I have an affirmation that I will say to her silently. This is her invitation to come in and speak.

As I say the affirmation I begin to feel my consciousness shift to the right of my body. At the same time I feel Raina’s consciousness come in through my left side. I feel it a lot in my head and in my left arm. From that point I feel a ball of energy in the back of my mouth.

Then her thoughts and voice fill my mind. Sometimes she will show me visions or pictures about what she is going to talk about. The next time I speak, it is her accent and voice. It is a blend of both our voices. Vocal Channeling is not forced on you by the being you are channeling. It is very much a co-creation and dance that you are doing together as a semi-conscious channel.

The longer she speaks, the more trance like I feel until I feel quite comfortable staying there for a long period of time. The longest I have ever been in trance at any one time is four hours. I take breaks during workshops about every hour or two for both myself and the people in the workshop. Transitioning out of trance feels wonderful and I sometimes don’t want to come out.

This is another misconception. Now, channeling of course can happen while you are asleep or unconscious. For me this happened initially because I would not have sought it out any other way. Once I understood what was happening and began a conscious development it no longer occurred in my sleep. For MOST Vocal Channels, they are in a semi-conscious state. It is a skill that once honed, you are able to allow the process and not get in the way but it does take practice.

There are only 2 cases where I have seen truly unconscious channeling. I don’t believe this is the norm.  For whatever reason they’re contract with their unseen friend is to channel unconsciously. Generally, this is not the case.

Benefits of Being a Vocal Channel

The benefits are many but my favorite is the trust in the information. I’ve never written down a workshop or meditation. I know that Raina will bring it through me when it is time. I even leave the timing to her. I will intuit the time needed for the workshop we are teaching and she will talk for that amount of time. Give or take 30 minutes at the most. This still fascinates me.

Another benefit is the continued spiritual growth and healing that I receive from her. I cannot channel about something without going through the healing myself. Raina will either bring to me the lesson before I know about the information she is wanting to share or I will go through it during the workshop with everyone else. I have learned that this will happen every single time. I never get to just be the channel passively. It is an active healing for me no matter what.

How and Why to Use a Ouija Board

Where Does Intuition Come From?

Intuition is the only instinct a human being has. You are a learned species. Intuition…

How to Use Breath Work to Induce Altered States