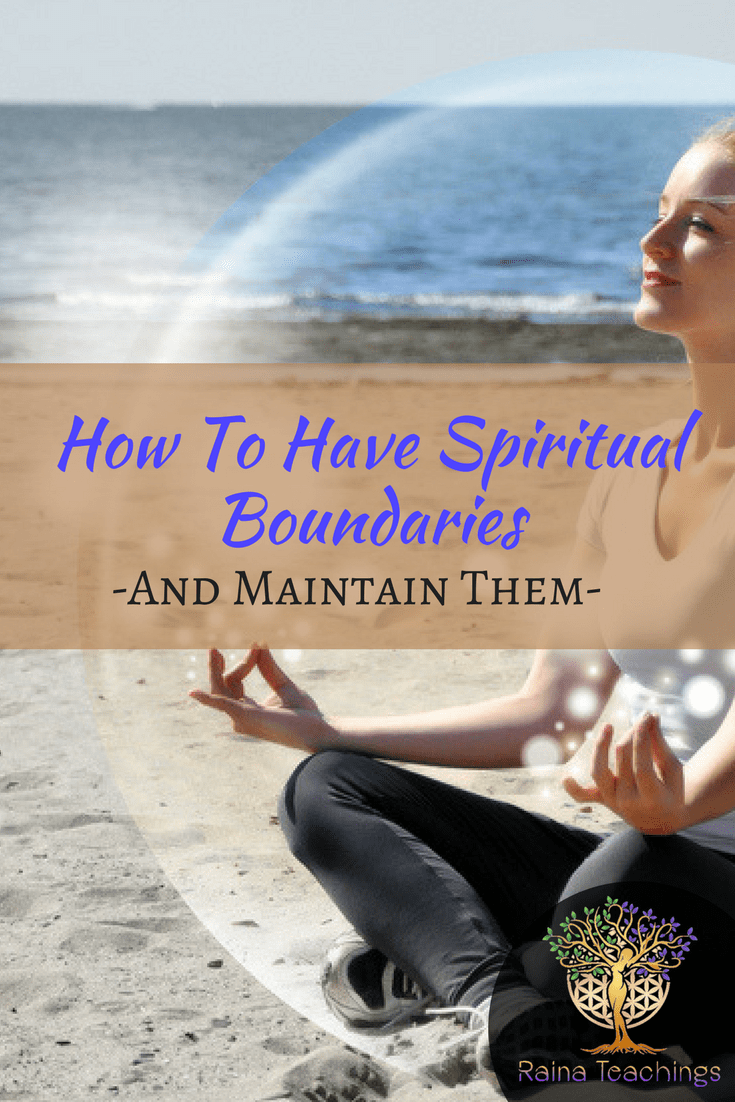 Spiritual boundaries are necessary and not discussed enough. It is easy to get caught up in your newfound spiritual realizations and way of living and forget that pushing that on someone else or judging others that do not live that way cross both energetic and common sense boundaries you would normally have. Let’s look at some of the classic ways boundaries are ignored in a spiritual setting.

Aside from being a trance channel, I also own two successful metaphysical bookstores in southern California. I watch boundaries being crossed all the time in the name of “but spirit told me!” and felt it would be good to address some of these things.

This is a classic “new to metaphysics” thing to do. You don’t realize your ego is really getting involved and doing the same thing with a new language and new way of doing it.  It is OK for each human being to have their own process. Your family and friends will not necessarily change because you have. I went through feeling as if I could just show them this new way of living and they would be happier. If a person is not open or does not show interest, it’s best to leave well alone. Unless someone specifically asks me about what I do or shows interest, I do not talk to them about my metaphysical path. I have several family members that simply will never open. I find common ground with them and we respect each other without making anyone uncomfortable. 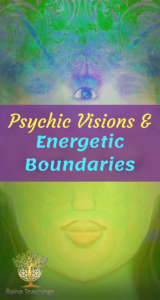 Psychic visions are tricky especially when you are not yet fully developed. Things can look really urgent when they are not, or you may think you are “saving” someone from something. Often, your higher self is working with you to show you how your visions work. Without direct experience, how else would you know? Because I am also psychic, I do get random visions and feelings about people. What do I do with them? Nothing! Unless I am really truly pushed to tell them which is very rare, or I think they would be receptive. Most of the time I keep my intuitive knowings to myself.

Your higher self will also let you know when it is appropriate to tell them, if that time comes. Again, if you have not had any teaching or class development with your intuitive gifts, it’s safe to say that your ego could just be creating urgent drama for no one’s good. Imagine if someone brought up very personal things that you did not ask them to bring up. You would not be receptive.

There is a part two to this and that is: just because you are psychic does not give you the right to look into everyone’s lives. It is rude and unprofessional. When I did clairvoyant readings regularly, unless someone made an appointment and sat down for a real session, I did not look into their lives. It is not my business or my concern.  Even now, I am still psychic although I mostly channel. The same goes for that. I have boundaries with my psychic senses.

In a more spiritual environment, people get to know each other much quicker than they do in a more secular place. Although this is true, it does not mean they want to be touched or loved because you felt they needed it. Ask before you hug someone or force your love on them. They might say no.  As obvious as this may seem, I’ve seen this and had to put up my own boundary. I’ve also watched women in particular very uncomfortably receive affection because they don’t want to seem “unspiritual”. It’s the same idea no matter where you are.

I once had a man come up to me at a convention. I could feel his second chakra was trying to connect with mine even though his words were not matching his energetics. I knew he was interested and feeling me out. I put up a black sheet of energy between us to cut off this connection. As soon as I did it, he looked down at my wedding ring and said: “oh you’re married. I’m sorry.” And walked away. The boundary I put up metaphysically sent the message very clearly.

Doing a Healing on Someone without their permission

This is a giant no no. You are not the authority on whether someone should receive a healing. They must ask for it, pay for it and show up for it. I have seen this time and time again. “Oh, I did a healing on you because I saw that…”  Just NO!  This is akin to forcing your affection on them. It is still energy they were unaware you were intending toward them.  They should be a part of it and give permission first.

These things usually happen because a person doesn’t know any better and are very excited about what they have discovered.  Although it’s in good conscience, you too have a right to create energetic boundaries. So how do you go about this when someone REALLY sees something or REALLY NEEDS to do a healing on you because their unseen friend or higher self told them? You very nicely thank them for caring but state that you are aware of your own healing and really like taking responsibility for it yourself. You may just politely decline and thank them for caring.

What about if it is happening without your permission such as a healing? I have felt this happening from students or healers I have worked with. I know it’s well meaning but I have put up a pink or silver energy blanket to catch the energy and send it back to them if I am not in agreement. Not because I don’t want it, but because it was outside of proper boundaries.

In working with all kinds of healers, psychics, mediums and channels I cannot get pulled into every vision or healing they think I need. I would literally never get any work done. Know that you have a right to your own energy and say in what happens to it. If you didn’t make an appointment or ask for it, you don’t have to receive it.

Are there any exceptions?

The only exception is someone who is unconscious for medical reasons or your own child. Basically if they are not capable of giving permission but you are guided to help.  The other exception would be if you are very close with someone and have an understanding that this is allowed.

I hope this was helpful on your journey!

Witchcraft Vs. Wicca: Are They the Same?

Perhaps you've heard this saying: "not all witches are Wiccan, and not all Wiccans are…

You are a creator. You birthed yourself through the veil as a symbol of the…

How Astral Projection Is A Spiritual Tool

Astral Projection was my very first spiritual development tool and quite by accident.  I remember…