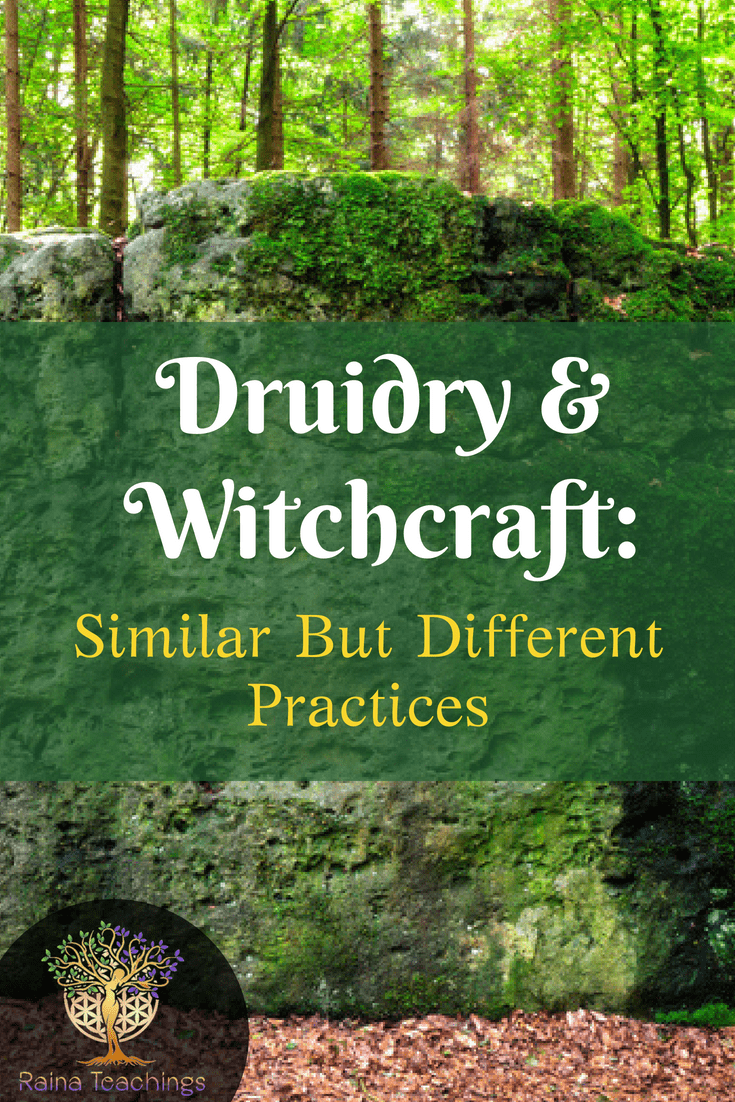 Druidry is what you think of as a Celtic Druid, although there were druids all over. They moved to many different areas such as Germany, Wales, England and even Turkey. The term Druid refers to that time period of magick in many forms.

They were their own people and had their own society. A druid was anything from a scientist to a hunter, craftsman, seer, healer, astrologer, lawmaker etc. Each druid had their own speciality and all trained in their art from the time they were a child.

What set them apart was that they did not need outside society. The Druids did allow them in (which might have been their mistake) but remained a robust, independent society for a long time.

Magick was at the core of their society. Each druid trained as a bard and moved upward from that point. They were well versed in many different occupations, and all contained their lineage songs and stories. It was at the heart of their culture. 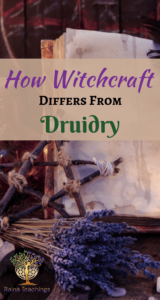 How Witchcraft Differs From Druidry

Druidry is often confused with Witchcraft as being the same thing. There is an excellent reason for this. They were both Shamanic, nature-oriented, magickal cultures. However, they are not the same exactly. Just as Christianity is not Catholicism. Yet, they have very similar beliefs. For instance, a Witch refers to themselves as a witch. A druid would refer to themselves as a magician or merely a druid. Same side of the coin but separate pieces of training and cultures. In our current world, both would be called pagan. That is another article in itself, but this term can refer to both and therefore makes them seem the same.

Witchcraft comes from Rome, Greece and Egyptian cultures. The stories of the Oracle of Delphi fit in this category. Witchcraft again, is quite similar but uses a different ancient language and has their own precise training under the moon phases.

Druids celebrate the solar holidays and are very much associated with agriculture. Witches celebrate the Eve’s and moon phases. A druid language is considered Old Gaulish, Irish or Ogham, which is the Celtic Tree Alphabet, but it is thought that there is an even older language that may have been destroyed by St. Patrick. I’ve seen words taken from Norse and German traditions as well.

Witchcraft uses Sumerian, Latin and Egyptian languages. All these traditions are ancient, natural, and have a sacred language that they use in ritual, magick or workings. Similar to the Yogi’s using Sanskrit. There is an ancient power to the words used.

Both systems are archaic, and attempts were made to shut out their knowledge. Modern-day druids and witches are working from what is left from their Ancestors book of shadows or memories. There is no concrete written knowledge of either but especially with Druidry. I believe witchcraft has more handed down knowledge than druids have.

That said, I am a channel to a druid being named Raina. She is emerging in her truer state and is wanting to bring more of this knowledge through me. I trust when I am in trance that she is working this out.

Raina’s Druid workshop was done during the Samhain week. Here is a link to this online workshop if you would like to enter the portal of the Druids for yourself:  Celtic Druid Era Part 1: Unlocking the Magick to Your Spiritual Ancestry.

As a child and to this day, Halloween is my favorite holiday. I didn't understand…

10 Steps To Connecting With Your Unborn Child

Why is it important to create a relationship to your child before birth? This is…

How To Do A House Blessing

I’ve been hired to do house clearings over my 15 year career many times. I…